Young Kids With Cellphones May Be Particularly Vulnerable To Cyberbullying. 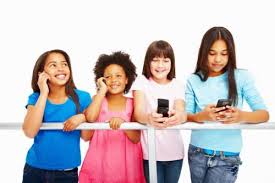 Thinking of getting your child a cellphone? Does your elementary aged child use a cellphone? Here’s some interesting new data about cyberbullying that you should be aware of as you manage your child’s cellphone access and use.

HealthDay (9/15) reported that “cyberbullying starts early, and 8- and 9-year-olds with cellphones are especially vulnerable.” Investigators surveyed approximately 4,600 kids in third, fourth and fifth grades. Altogether, approximately “10 percent said they’d been victims of a cyberbully.” The study also found that cellphones “increased the students’ odds of becoming cyberbullies themselves.” The findings were presented at an American Academy of Pediatrics meeting.